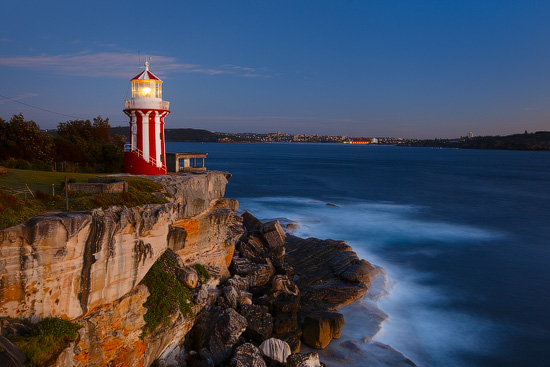 By looking at the number of lighthouses along the NSW coast, I believe there should be at least several hundreds of lighthouses in Australia. Unfortunately, most of them represent a plain white tower and only a few lighthouses feature some uniqueness in shape or colour. Hornby Lighthouse is one of those that stand out from the mass.

Hornby Lighthouse is 9 meter high and located on the top of the Sydney’s South Head, at the edge of the cliff, 27 meters above the sea level. It is also a 3rd oldest lighthouse in New South Wales and 7th in Australia. 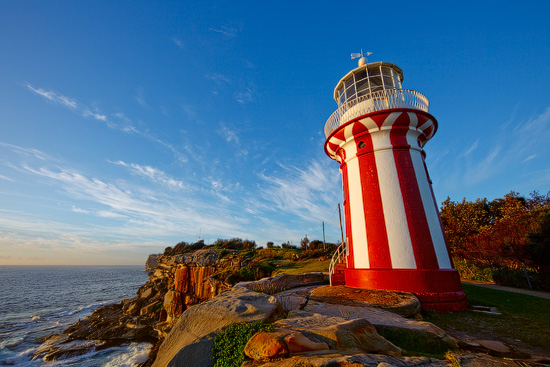 Hornby Lighthouse was erected in 1858 after two ships were wrecked at the entrance to the Port Jackson (Sydney Harbour):

Originally built to use kerosene lamp, lighthouse was upgraded to gas in 1904 and later, in 1933, was converted to electricity and automated. Today lighthouse is visible within 22 km radius.