Everybody sees things differently, for example, Maori people believe that these boulders are calabashes or kumaras, geologists describe it as “septarian concretions” and trying to convince us that these rocks are cemented sediments, and at the same time, the most creative minds assert that Moeraki Boulders are nothing less than petrified dinosaur or extraterrestrial eggs. 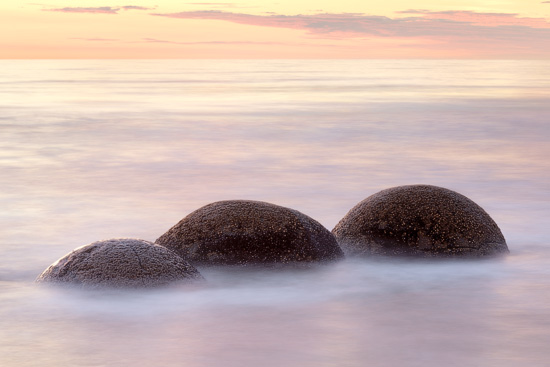 Moeraki Boulders weigh several tons and reach up to 3m in diameter. They were created by the process similar to the one that forms oyster pearls – layers of sediments and minerals accumulated and crystallised around the core, which could be a fossil shell, bone or wood fragment. This process could take up to 4 million years to create boulders as we see them now. 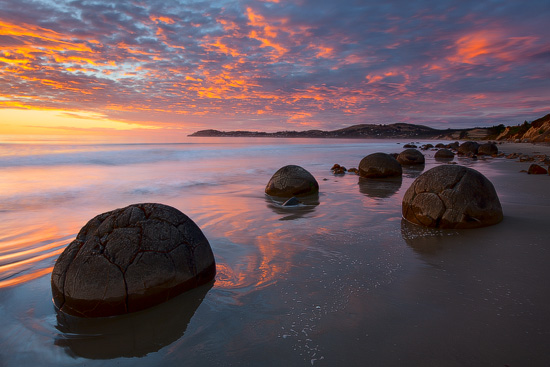 According to the Maori legend these boulders are vegetables (gourds, kumaras and calabashes) washed ashore from Arai-te-uru , a large sailing canoe that was wrecked here  on its voyage for the precious greenstone thousands years ago and this fits well with other Maori legends in terms that everything was gigantic in those ancient ages. 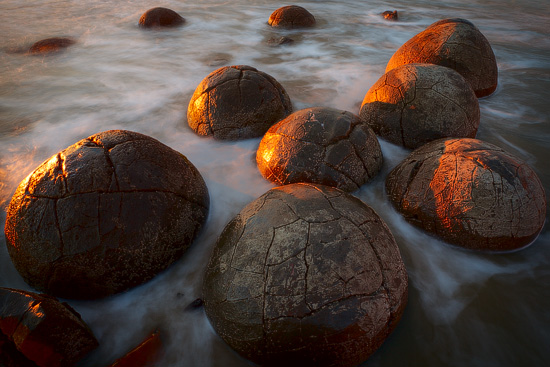 Moeraki Boulders are scattered along the beach on the eastern coast of New Zealand’s South Island. They are located between Hampden and Moeraki townships in North Otago, about 75 km north of Dunedin and accessible by Moeraki Boulders Road followed by 300m walk along the Koekohe Beach. 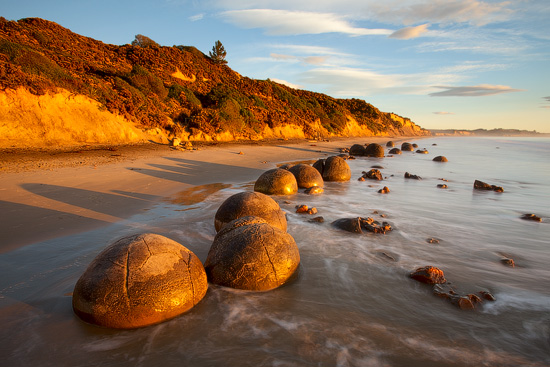